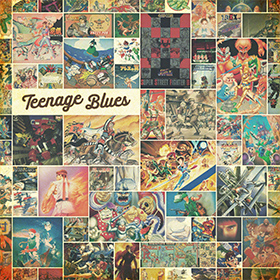 Written and performed by the veteran musicians, the song, also featured in the launch trailer, invites you to experience the nostalgia of playing games in the arcade.

Available on the following streaming services!

"A Brand New Day" is a new song written especially for Capcom Arcade Stadium, to be released in February 2021 on Nintendo Switch. The song blends the retro charm of 8-bit chiptunes with the upbeat excitement of dance music.
Musician Zac Zinger, known for his work on other Capcom soundtracks from series like Monster Hunter, Ōkami, and Street Fighter, worked with well-known dance music producer Buku to write and record the song.

The full version will be available across music streaming services from Saturday, December 12th. Be sure to listen to it!

Available on the following streaming services!